Mid-Century Modern Midland (MCMM), a project of the Alden B. Dow Home and Studio, committed to documenting, preserving and celebrating Midland, Michigan’s architectural heritage, has created a website and mobile app to share an unprecedented collection of over 400 Mid-Century Modern buildings.  Through a customized database, the website and app allow you to search any of the structures and features a photo along with documented information.   Biographical information about the architects and designers who contributed to this unique architectural landscape is also accessible.

In addition to information about the structures and architects, the app features pre-selected tours and an option to create your own customized tour by selecting the architect and/or building type.  It will then route your tour in the most efficient path and opens it in Google Maps.  The routing feature was created through a partnership with the University of Michigan’s Department of Industrial Operation Engineering, Practicum in Production and Service System Class.   Instructor Dan Reaume assigned a senior design team of four students the task of creating the routing system that merged with the informational database. 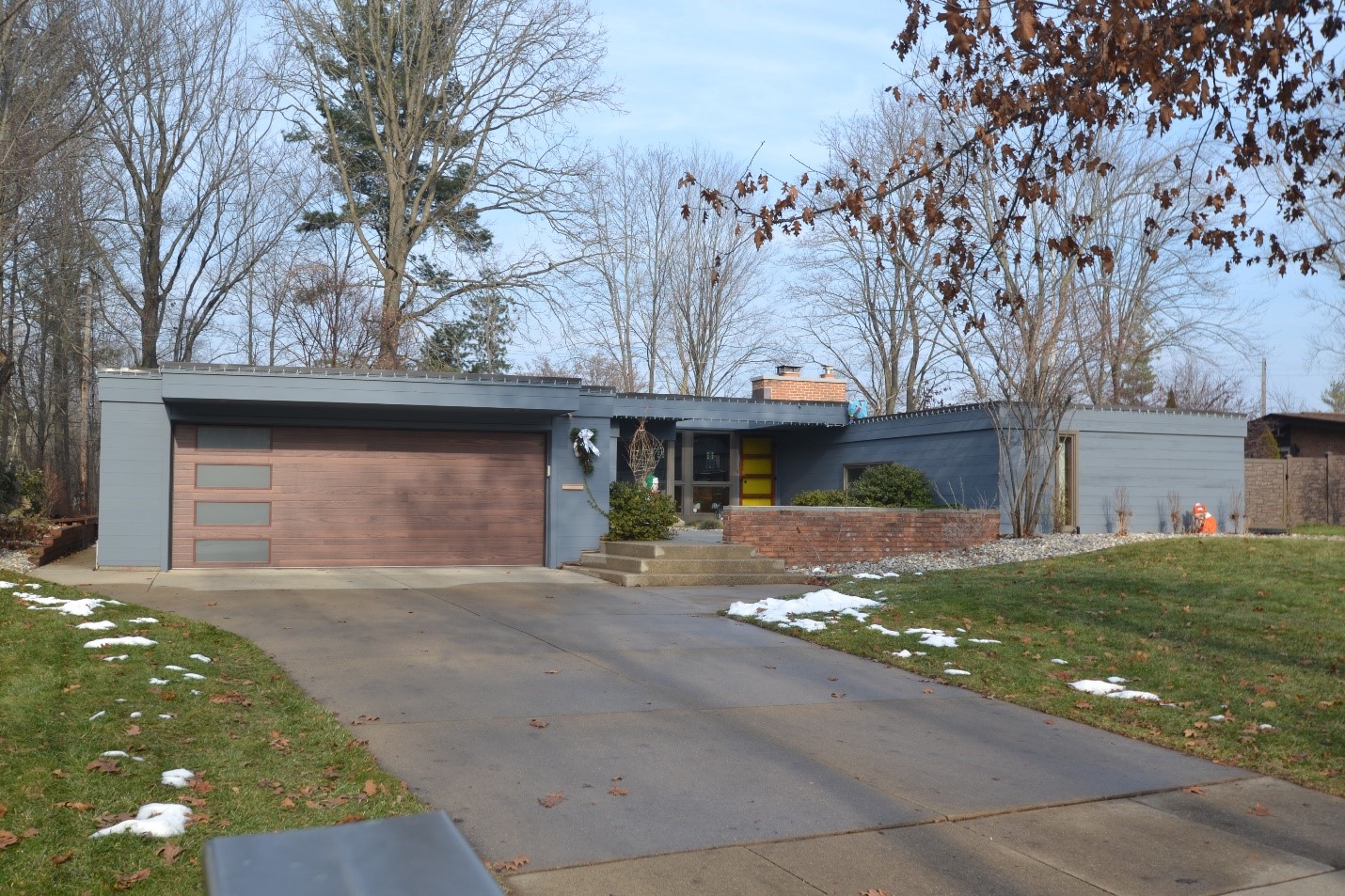 The information in the database was collected with the assistance of over 30 community volunteers who canvassed the entire city of Midland.  They identified structures that possessed Mid-Century Modern traits.  893 structures were submitted for consideration.  A committee of design experts reviewed all of the submissions one-by-one and confirmed over 400 as Mid-Century design.  Once verified, each had to be researched to establish the architect, builder, original owners, as well as the year built.   “We learned so much about these amazing structures and the people who designed, built, and lived in them, and will continue to refine and document these buildings as we move forward,” says Carol Neff, the coordinator of the MCMM project. 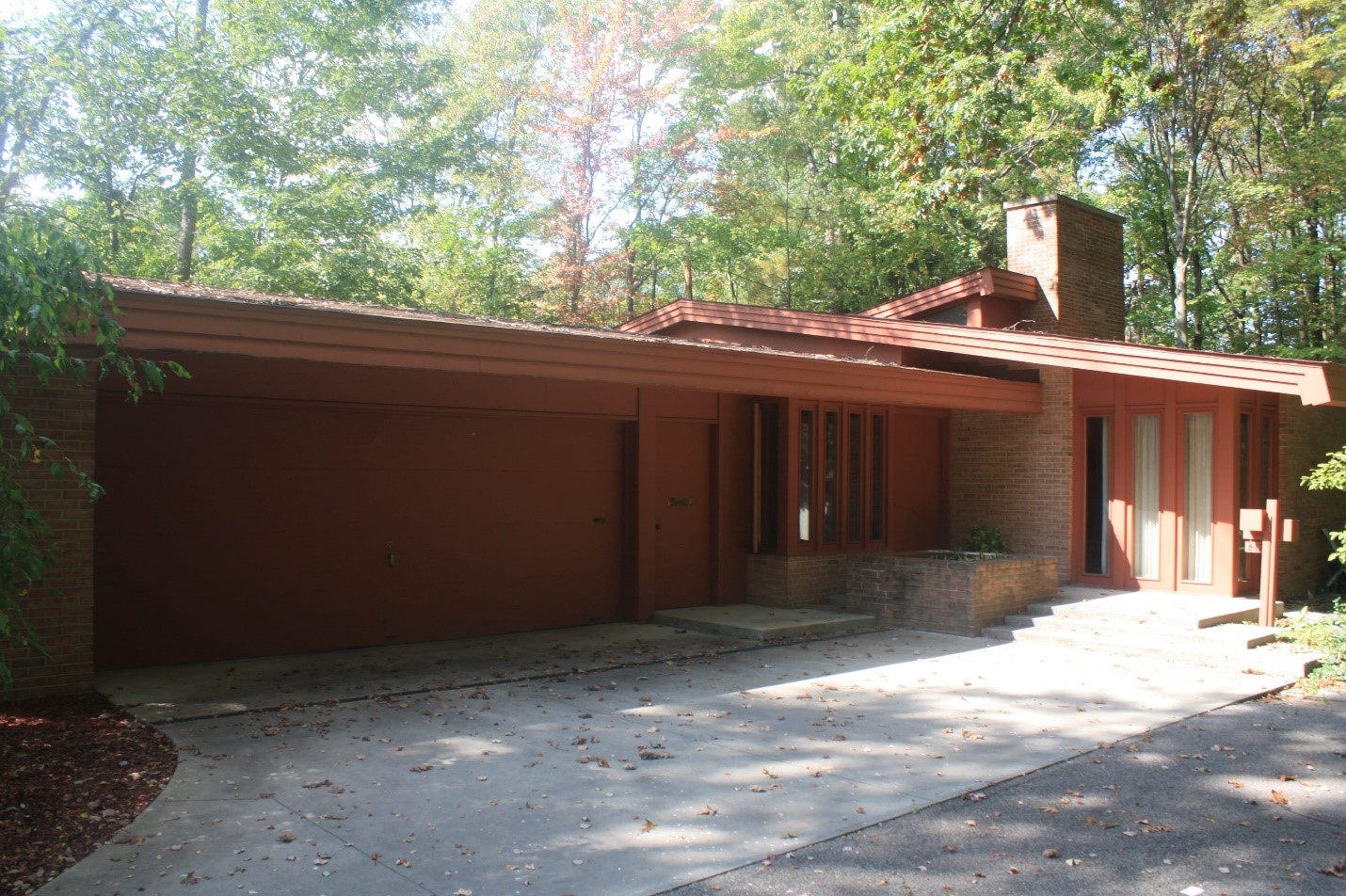 “What differentiates Midland is the unbelievable quality and concentration of these structures that create a cohesive expression of Modernism in the Midwest,” states Craig McDonald, director of the Alden B. Dow Home & Studio and founder of MCMM.   “We have worked almost two years to identify the structures that create this unparalleled collection.  Over 39 architects and an additional 8 engineers and designers have been identified to have at least one structure represented in Midland.”

Beginning in the early 1930s, Alden B. Dow, F.A.I.A. and Architect Laureate of Michigan, introduced modern architecture to Midland, Michigan. As part of the Mid-Twentieth Century Modern movement, Mr. Dow challenged thinking and helped to redefine how we design and use buildings. His innovative, functional and dynamic work inspired architects like Francis Warner, Jackson Hallett, Glenn Beach, Robert Schwartz, and others, to create modern structures that are integrated into the Midland community.

Another exciting element of this project has been the commitment and engagement of the community. “It has been amazing how many people want to be a part of this program and history,” McDonald notes. “When you grow up and live in Midland, the Mid-Century Modern legacy is part of your heritage.”   Many of the original building owners and their families have asked to participate with the program.  The same is true of the family members of the original architects who have also volunteered in numerous ways.

Leslie Feagley, daughter of architect Jack Feagley and a Boston-based designer, quickly offered to assist with the project.  She credits growing up in Midland and being immersed in her father’s architecture as important influences in her work.  “Whether it was through exposure to my father’s Mid-Century Modern architectural designs or my childhood love and interest in art, I was introduced to the elements of design at an early age.” stated Feagley, who also designed the logo for MCMM.  For the organization’s letterhead, her work was combined with the work of artist Charles Breed and Peggy Kernstock of Equiline Design.  They created a silhouette of buildings that represent the focus of Mid-Century design in Midland.

To learn more about this oasis of Mid-Century design, you can visit MCMM website at www.midcenturymidland.org.  You can also download the free app, Mid-Century Modern Midland, at the Apple App Store or Google PlayStore Pastor D.E. Howe first contacted Alden B. Dow about the possibility of designing a new building for the growing congregation